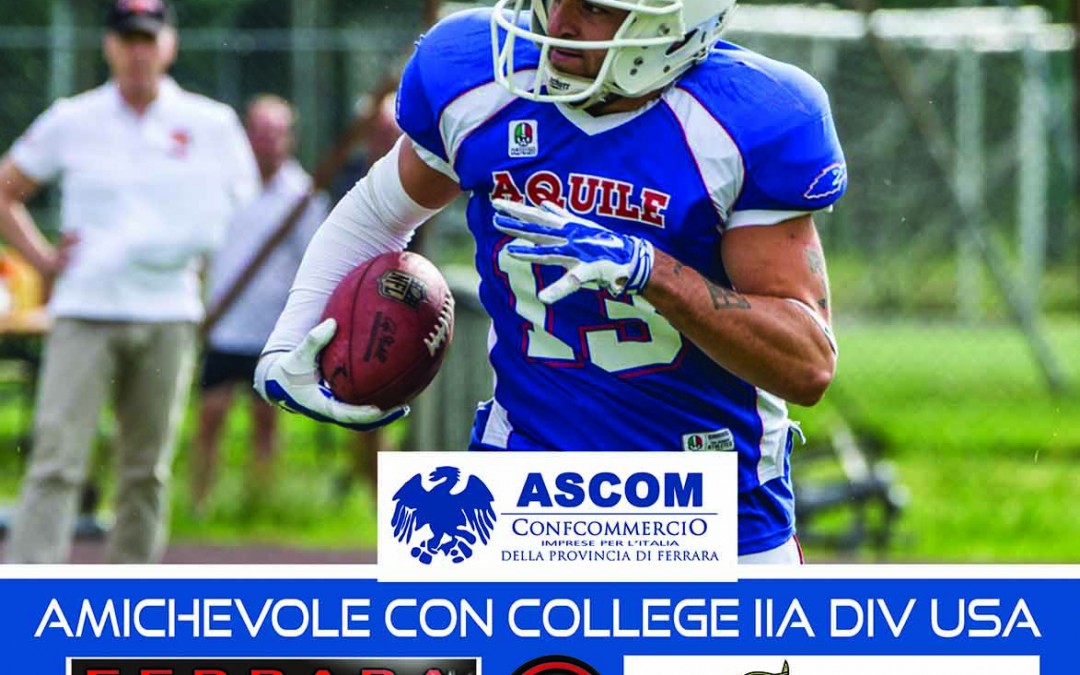 The Southwestern University football roster will travel to Italy on Monday, May 15, for a 12-day cultural and educational tour that will include a game against Federazione Italiana Di American Football (FIDAF) club team Aquile Ferrara.

The Pirates will travel for a second time with Global Football, the Texas-based organization that kicks off a 22nd year of taking American football teams overseas on the sporting and cultural adventures of a lifetime when a total of seven NCAA D-III colleges head to Europe and Asia this spring.

“International travel and international competitions are one of the most exciting opportunities for football players at Southwestern University,” said head coach Joe Austin. “For more than a decade I have personally relied on Global Football to coordinate these opportunities and I am very excited to be taking our team to Italy this spring.”

Southwestern’s football program, which returned just four years ago, will join the American Southwest Conference next season having produced a perfect 6-0 record in Southern Collegiate Athletic Conference play in 2016.

Head coach Joe Austin is a regular traveler with Global Football, having served as a member of the Team Stars & Stripes coaching staff for the annual Tazon de Estrellas game played in Mexico each December. Southwestern University traveled previously to Germany in 2014 with Global Football.

“Most of these schools and coaches have traveled with us multiple times before and we are proud that they choose to work consistently with Global Football to provide a wonderful opportunity for their student-athletes to experience the world and play the sport they love overseas,” said Global Football Founder and President Patrick Steenberge.

When in Rome, the Pirates will see the Colosseum, ancient Rome, take a Spanish Steps and Trevi Fountain walking tour, and visit the Vatican Museum, Sistine Chapel and St. Peter’s Basilica. They will travel on via Sienna to tour Florence and then on to Fiesole in the Tuscan Hills.

A visit to the Ferrari Museum in Maranello will be followed by game day on Sunday, May 21 at 4pm local time / 10am CT against Ferrara Aquile. The group will also take in Lido di Jesolo and a guided walking tour of Venice and visits to Milan and the breathtaking Lake Como.