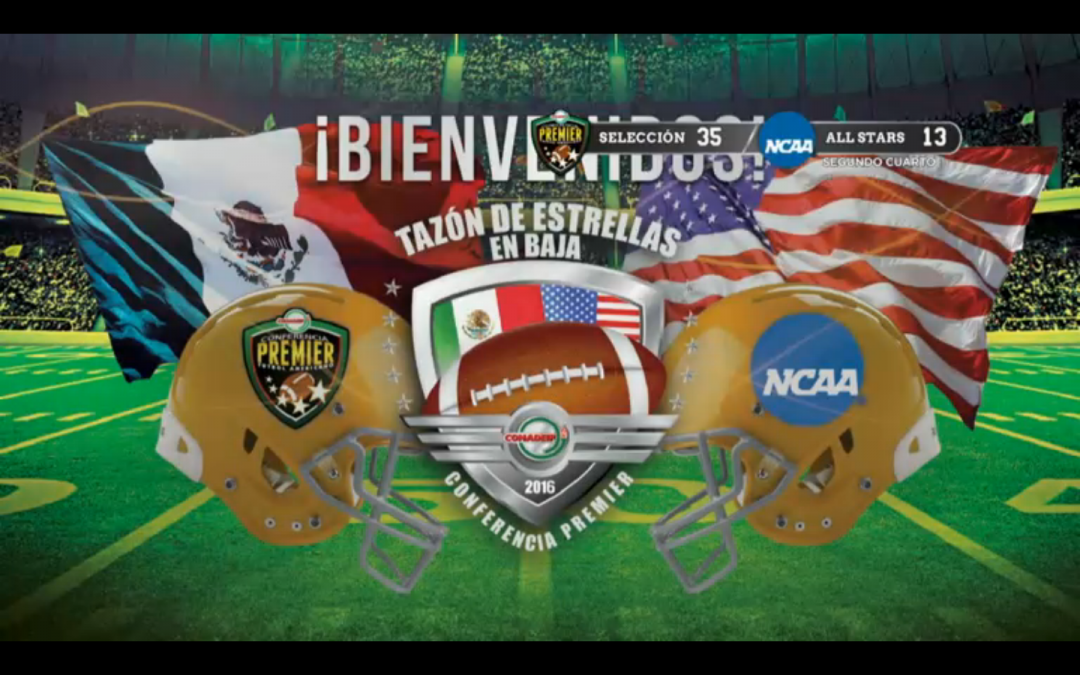 An explosive first half sees the CONADEIP All-Stars lead Team Stars & Stripes 35-13 at halftime of the Tazón De Estrellas (Bowl of the Stars).

The hosts got off to the perfect start on the opening possession during an action-packed first quarter that produced a total of 28 points. Quarterback Diego Gomez hit Pedro Magallanes with a 26-yard touchdown pass and then Jorge Retana and Eduardo Califa connected for a successful two-point conversion and an early 8-0 Mexican lead.

Having won the coin toss and deferred, Team Stars & Stripes moved the ball methodically downfield in reply, a key pass from Bryan Hicks to Dante Smith for 7 yards keeping the drive alive on fourth and three at the Mexico 28. But Hicks was sacked for a 9-yard loss on third down by Armando Fernandez, who then blocked a 32-yard field goal attempt.

The Americans responded perfectly as Riley Gray took over under center at the hosts’ 41-yard mark following a 15-yard penalty enforced on the end of the kickoff and scored in reply. The Central College quarterback hit Kyle Petermeier from 4 yards out with 02:05 remaining in the first quarter and an Aaron Marcellus extra point reduced the deficit to eight points.

The Mexicans responded with another touchdown as Gomez hit Jorge Retana beyond the US secondary for a 33-yard touchdown pass. A missed extra point meant the hosts led 21-7 as the first quarter expired.

The contest continued to produce fireworks and Alex Pasiewicz reeled off a 60-yard kickoff return to the Mexican 33-yard mark. The US was unable to capitalize as as Hicks targeted Kyle Petermeier, Leopoldo Gutierrez came up with an interception in the end zone.