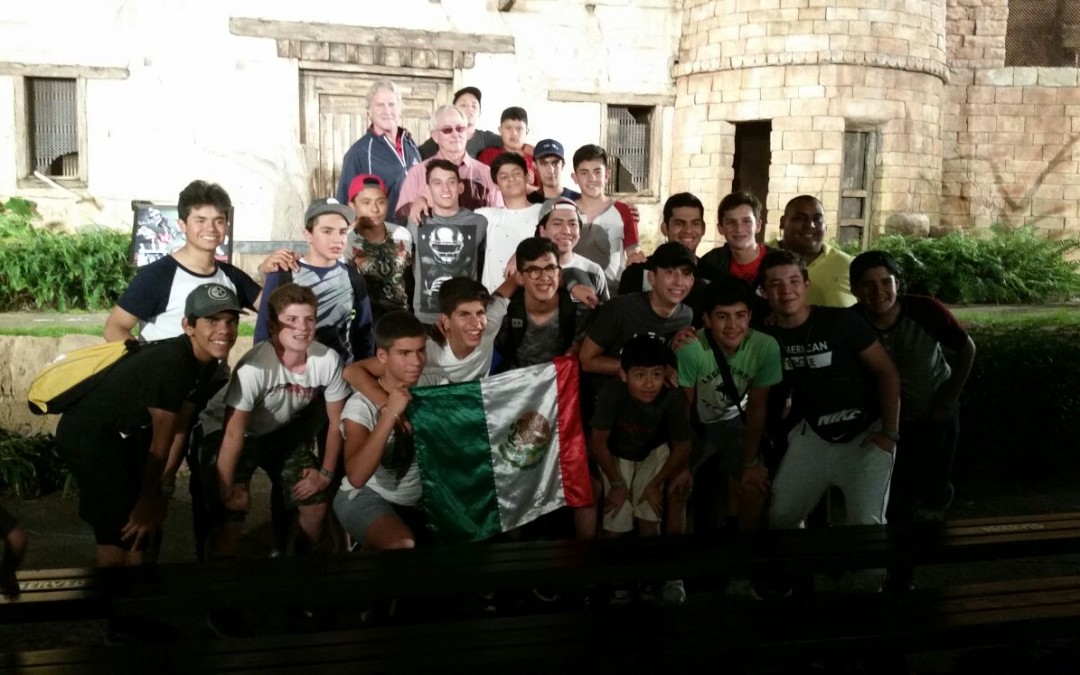 Round two of the international exhibition games at the 61st Pop Warner Super Bowl saw teams from Finland, Mexico and the United Arab Emirates in action on Thursday.

Thursday’s action saw a matchup of two Mexican teams who recorded opening day victories and it was Queretaro who came out on top with a 12-6 win over Panteras to claim one of only two unbeaten records in the Varsity division at 2-0. Finland Blue Lions are the only other 2-0 team after a 22-13 win over the EAFL Falcons.

The winner of the Varsity Division will be decided on Saturday when those two teams meet at 9am on Field 27 in a Finland vs. Mexico battle at the ESPN Wide World of Sports™ Complex in Orlando, Florida.

The Junior Varsity Division saw another win for Oro y Azul over Team Mexico, this time by the score of 20-7 to complete their tournament.

The youngsters also enjoyed an evening at Disney’s Animal Kingdom for the annual International Party, where they were hosted by veteran coach Dwight Thomas, who is a member of the Florida High School Football Hall of Fame and coached legendary All-Pro NFL running back Emmitt Smith at Escambia High School in Pensacola, Florida.

The popularity of the Global Football-organized International Bowl games at the Pop Warner Super Bowl is highlighted by an official event video featuring action from Monday’s first round of games and interviews with players, coaches and traveling parents: https://youtu.be/gCZqmw0H72w.