A Quarter Of A Century Of Global Football 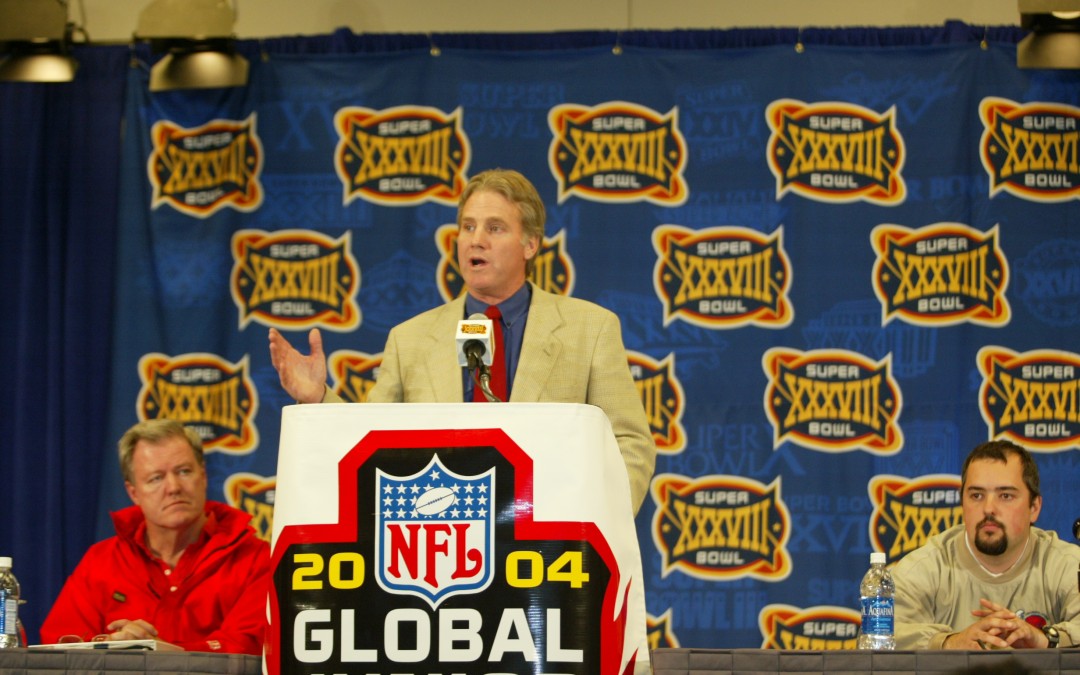 A quarter of a century ago, Global Football founder and president Patrick Steenberge ventured to London with a high school football team from Maryland, believing that combining educational tours with an opportunity to play the game they love while overseas would appeal to the traveling student-athletes. A quarter of a century later, more than 17,000 individuals from 370 schools and teams have explored 28 nations on six continents, establishing Global Football as the undisputed world leader in this competitive marketplace.

When seven NCAA Division III and NAIA colleges head to Europe in 2020 to kick off the annual Global Football series of Spring Tours, their departure will herald 25 consecutive years of overseas adventures. Back in 1996, when this memorable journey began, we only could imagine that such unlikely destinations as China, Japan, Panama, most of Europe and even the east African nation of Tanzania would one day welcome travelers inspired to explore the world by Global Football.

Coaches value the first-hand education and team bonding that evolves as leaders emerge from a group of athletes displaced from their comfort zone when placed in a foreign environment. Students thrive on the thrill of exploration, new and wonderful surroundings and cultures, while testing themselves against like-minded athletes who speak different languages, but share a love of the same sport. Family and friends revel in the opportunity to share new horizons with their sons, grandsons, and other school supporters. Above all, Global Football travelers enjoy a life-enhancing global adventure that combines competition, sharing, service and learning and develops lasting memories in a safe, challenging environment.

“As we enter our 25th year of traveling to fascinating places around the world, I feel so humbled and blessed by those who have believed in me and my team of travel specialists,” said Patrick Steenberge. “While the wondrous cultures, natural sites, historic monuments, and memorable venues we have encountered globally are fabulous, what motivates me each day are the visionary coaches, eager student athletes, dedicated families and supportive friends whom I have met and traveled with. So what’s next? Keep dreaming and sharing my dreams, and see who decides to come along. ‘Tupande Kileleni’- Swahili for ‘Let’s Climb to the Summit Together!’

25 years of Global Football by the numbers
28 – Nations that have hosted Global Football events
6 – Continents visited
17,000 – Individual travelers
370 – Schools that have traveled
108 – Times across the Atlantic Ocean to Europe
7 – Events organized in Asia
20 – Years of a D-III all-star game in Mexico
11 – NFL Global Junior Championship events at the NFL Super Bowl
Some of the most memorable Global Football events during the past 25 years:

Global Kilimanjaro Bowl, 2011
Student-athletes from the United States and Mexico showcased the sport they love to an eager crowd of 12,000 intrigued Tanzanians, key political leaders and a worldwide TV audience, in the first-ever game of college football played on the African continent. After the Drake Bulldogs had edged the CONADEIP All-Stars, selected from Mexico’s private universities, 17-7, the two squads served the local community and then climbed the iconic Mount Kilimanjaro. 134 people stood as one team on the rooftop of Africa. This dream, envisioned by then-Drake University head coach Chris Creighton, came true through leadership, teamwork and international cooperation among visionary, dedicated men and women in Tanzania, Mexico and the United States. The story of the Global Kilimanjaro Bowl is available in a book by Patrick Steenberge in English and Spanish: http://www.globalfootball.com/about-us/kili-book/.

Penn-China Ambassadors Bowl, 2019
The University of Pennsylvania Quakers made history by becoming the first Ivy League school to play a game of football on the gridiron in China. The final score of a game against the American Football League of China (AFLC) All-Stars was 85-0, but the true winner at Lokomotiv Stadium in downtown Shanghai was the sport of American football. The game capped a week of sporting diplomacy, making friends, coaching youngsters eager to discover the sport and spectacular sightseeing. For two hours before the game, Penn’s coaches and players held clinics for more than 125 young Chinese athletes, ages 13 & under, aspiring to become American football players. While in China, the Quakers visited The Great Wall, Tiananmen Square, The Forbidden City, Old Beijing, 2008 Olympic Venues, the Huangpu River, Yu Yuan Garden, Shanghai World Financial Center, Chinese Acrobatics, Kung Fu Show and the Temple of Heaven.

Dublin High School Football Showcase, 2012-present
This year will mark the fourth time Global Football has organized a spectacular series of high school football games in Ireland, in what has become a staple event hosted alongside the Aer Lingus College Football Showcase. In 2012, a total of 12 teams from the United States and Canada competed in a series of double headers at Donnybrook Stadium and Parnell Park in Dublin and at Pairc Tailteann in County Meath as a curtain raiser to Navy facing Notre Dame at the Aviva Stadium. University College Dublin played host in 2014 and then in 2016, local sports fans enjoyed a triple-header of games at Donnybrook Stadium. Teams train at the impressive athletic facilities of UCD and experience the local culture through a series of educational tours. Dublin is brought to a standstill when all teams and their accompanying bands and cheerleaders join a city center parade and a Pep Rally in the heart of Dublin City.

Notre Dame Japan Bowl, 2009
Former Notre Dame head coach and College Football Hall of Famer Lou Holtz led a team of Fighting Irish Legends against the Japanese national team in the 2009 Notre Dame Japan Bowl at the Tokyo Dome. The game was part of a celebration of the 75th anniversary of the Japan American Football Association (JAFA) and featured a roster of players from multiple eras, of ages spanning from 22 to 52. After a tryout in South Bend, the squad met up at the Notre Dame football facilities for a mini camp before heading to Tokyo for several days of practices combined with experiencing the Japanese culture and then the game itself against

the Japanese national team. National championship winning quarterback Tony Rice started under center for coach Holtz who had lost none of his competitive spirit and demanded as much from his players as he had during his time coaching the Fighting Irish. Jay Vickers ran for 139 yards, scored a touchdown and to lead the Notre Dame alumni team to a 19-3 win. http://www.globalfootball.com/history/nd-japan-bowl/

Pop Warner International Super Bowl, 2010-present
Global Football celebrated ten years of bringing international teams to the Pop Warner Super Bowl in December 2019 when the 63rd annual event was played at the ESPN Wide World of Sports™ in Orlando. Since 2010, multiple teams of youngsters aged between 9 and 14-years-old from Canada, Finland, Mexico, Panama and the United Arab Emirates have spent a spectacular week immersed in the sport they love. Annually, the football fanatics visit the Disney Theme Parks, attend a Pop Warner Celebration Party at Animal Kingdom, and take part in an exclusive International Speed Clinic. And, of course, they play a bracket of competitive games against fellow visiting international and American teams at the Varsity and Junior Varsity levels. http://www.globalfootball.com/history/pop-warner/

NFL Global Junior Championship, 1997-2007
The NFL Global Junior Championship evolved from being a single game first played to showcase the talents of young American football players from Europe and Mexico in 1997 to become an exciting six-nation tournament and an integral part of the annual Super Bowl celebrations. Mexico won the inaugural event in 1997 and again the following year before Europe triumphed with DE Constantin Ritzmann their star on his way to playing four years at the University of Tennessee. Canada won at the first attempt in 2000 in Atlanta, then Team USA, made up from seniors in the host Super Bowl cities, won four straight in Tampa Bay, New Orleans, San Diego and Houston. Panama, Japan, Russia, France and Germany all joined the party as the competition diversified. The Canadians won the final three tournaments in Jacksonville, Detroit and South Florida. In addition to many of the USA players going on to college football and NFL careers, international standouts did likewise with OL Sebastian Vollmer (Europe/New England Patriots), OL Frank Davis (Panama/Detroit Lions) and Marvin Allen (Europe / Pittsburgh Steelers) making the grade.
http://www.globalfootball.com/wp-content/uploads/2015/08/GJC-11-yr-history-scores.pdf

Notre Dame & Penn State Fantasy Camps, 2003-2011
The popular series of college football fantasy camps created by Global Football offered Fighting Irish and Nittany Lions fans a chance to play football where legends have gone before them – on the practice fields of Notre Dame and Penn State and ultimately on the hallowed football field at Notre Dame Stadium and Beaver Stadium. Participants experienced football practices directed by coaches and former star players, with an emphasis on skill development and learning the offensive and defensive schemes used by each school, as well as the kicking game. Among the highlights was the ultimate flag football game played in Notre Dame and Beaver stadiums, featuring Varsity locker room dressing access, training room use, video message board, game officials, a public address announcer, a soundtrack with music and cheers, and transport to the game. Each camper received a duffel bag full of official Fantasy Camp and football items including game uniforms, cleats, practice jersey with camper’s name, game video, team photo, and other items to remember the trip. For a few days, they were Notre Dame and Penn State football players.

Other Sports: Such is the appeal of Global Football’s adventures that teams from other sports have traveled overseas and continue to do so, including Rugby (Fenwick High School from Chicago to Ireland), Soccer (Siena Heights University multiple visits to Europe), Swimming (Seals Swim Team of Texas to Ireland) and Field Hockey (Community School Naples to Ireland).